A rare oportunity to study guitar with Jason Fowler in a beautiful setting at the Haliburton School of Art + Design. Click on the link for more information: https://flemingcollege.ca/continuing-education/courses/guitar-fingerstyle-flatpicking-techniques 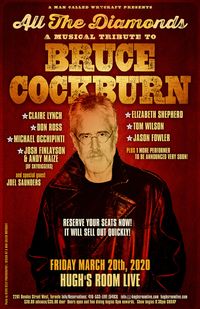 A Man Called Wrycraft Presents A Tribute to Bruce Cockburn

A musical tribute to Bruce Cockburn. 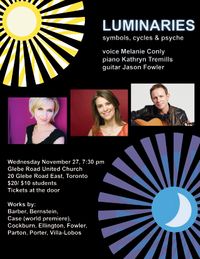 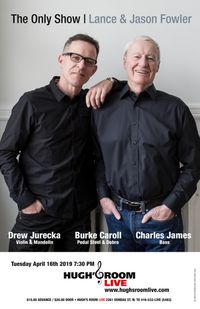 various locations around the USA...

The Way We Feel: A Tribute to Gordon Lightfoot

the 15th and final instalment of the Gordon Lightfoot Tribute show, produced by Jory Nash.

Can You Read Festival

Mar 16 Newport, RI with John McDermott and The Canadian Brass

May 11 Toronto, ON, C'est What? with Lily Cheng

May 19 Toronto, ON at Integral House: The Hammer Band from Violence to Violins, with John McDermott

May 29 Toronto Centre For The Arts Recital Hall, John McDermott with the Upper Canada Chorus

July 31 Elora Festival of the Arts with John McDermott

Sept 16 London, ON , with John McDermott

Jan 10 Woodstock, ON, Stonecroft Folk with Sahra Featherstone
www.stonecroftfolk.ca for info and reservations

Mar 14 Hamilton, ON, A Celtic Celebration with the Hamilton Philharmonic with John McDermott

May 2 Parry Sound, ON, Stockey Centre, Soft Smooth Sounds of the 70's

May 9 Fitchburg, MA with John McDermott

Aug 21 Haliburton, ON, The Forest Festival with Anne Lindsay
www.theforestfestival.com

BC Tour with John McDermott
April 7 Cranbrook, BC
April 6 Nelson, BC
April 5 Trail, BC
April 4 Kamloops, BC
April 3 Vernon, BC
April 2 Kelowna, BC
Mar 31 Qualicum Beach, BC, Benefit for Phil Dwyer Music Scholarship
Mar 30 New Westminster, BC
Mar 29 Schelt, BC
Mar 28 Whistler, BC
Mar 27 Mission, BC
Mar 24 Campbell River, BC
Mar 23 Nanaimo, BC
Mar 21 Victoria, BC

Dec 31 Woodstock, ON, Stonecroft House Concert, with Fig For A Kiss